IF THE JET-SET LIFE STYLE OF AN AIR CABIN CREW ATTRACTS YOU, COUPLED WITH HIGH EARNING POTENTIAL AND OPPORTUNITY TO SEE THE WORLD, THEN THIS IS THE IDEAL CAREER TO CONSIDER.

The main role of an Air cabin crew is to provide excellent customer service to passengers while ensuring their comfort and safety during flight and to deal with security and emergency situations. The position of the Cabin Crew is one of prestige and immense responsibility. Whether it is on international or domestic services, cabin crew are the front line staff who have the crucial responsibility of upholding reputation of the airline who employs them. Air cabin crew strive to make the flying experience as pleasant as possible for passengers.

Usually the tasks may vary depending on duration of flight, type of aircraft and the size of the team you’re working with. However, your general duties and responsibilities will include:

Typical employers include large and medium-sized airlines and international carriers. For a list of member, passenger and cargo airlines, consisting of around 260 airlines in over 117 countries see International Air Transportation Association (IATA). Individual airports usually have a list of the airlines and tour operators operating from their airport on their website.

Airlines operate on a chartered or scheduled basis, with some operating a mixture of both. Chartered flights usually run during the summer and/or skiing seasons to the most popular tourist destinations, whereas scheduled flights operate at regular times all year round and go to a range of destinations. Business and corporate jet companies also hire cabin crew. You can search for job vacancies at:

This is a highly-competitive profession and candidates compete for jobs , from new entrants to those with a significant amount of relevant experience. Airlines recruit throughout the year and it is important to make applications to a number of airlines.

After so many years flying as a crew member (will vary according to airlines) there will usually be an option to either apply for promotion as an on board manager or there could be an invite from the airline for other senior positions depending on your track record and abilities. Promotion for air cabin crew is based on experience and performance. For example, from the role of cabin crew member, it is possible to progress to purser or chief purser. The same responsibilities as the general cabin crew are still held but the purser is also given the management responsibilities of a certain cabin, such as first class or business class.

As the purser, you would ensure that all crew within your cabin deliver the highest level of customer service. You would also give feedback on their performance and try to boost sales of duty-free items. Most airlines require between two to five years of experience to become a purser.

From the role of purser you can progress to senior cabin crew. This position is also known at some airlines as cabin supervisors, cabin managers or cabin service directors. The role is very similar to that of purser except you have responsibility for all cabin crew on board, not just in one particular cabin. All cabin crew and the purser and/or chief purser would report to you. You would usually be involved with training and supervising new recruits and would have to ensure all relevant paperwork was completed at the end of the flight.

Some air cabin crew may also wish to move on to become VVIP cabin crew. This type of work is carried out with very important private clients usually on private aircraft. The clients are typically prestigious and may include government officials or royal families. Therefore, the highest level of service is expected and employers usually require at the very least two years’ experience of working in premium (business or first) class. Many VVIP positions are based in wealth areas of the Middle East.

Some cabin crew members may decide that they want to move into ground-based operations such as cabin crew training or recruitment, passenger services or crew controller. In larger airlines the cabin crew role opens doors to many other roles. Cabin crew members have progressed to marketing, sales, HR and safety training, for example.

Each airline provides its own structured training programme for new entrants, which can vary in length depending on the airline. It typically lasts between four to seven weeks. The primary focus of the training is passenger safety, including the aircraft’s safety equipment and emergency procedures, security and first aid. Training also involves a series of written and practical tests on specific areas such as:

Following the basic training, the first three to six months are usually spent in a probationary period and are viewed as a continuation of the initial training, during which performance is monitored by trainers or senior crew. At the end of the probationary period, assuming all goes well, new recruits become full members of the cabin crew team. When appointed to a new position, it is usual for air cabin crew to attend a structured training programme tailored to that position. For example, air cabin crew who have previously worked on short-haul flights but have recently obtained a job working in long haul, will attend a training programme tailored for long-haul positions.

Additionally, airlines that operate a range of different aircrafts will vary the training programme to suit the type of plane. Airlines also encourage on-going development through in-house specialist courses, in areas such as crew resource management. Some airlines also enter their cabin crew onto professional qualification courses.

Basic starting salaries for air cabin crew vary depending on the country, airline and factors such as experience, grade, domestic or international flights, long haul or short haul flights etc. Additional allowances and incentives may be received on top of the basic salary. Air cabin crew with experience can expect high earning potential. For example, the starting earning potential for cabin crew can be in the region of over 1000 US dollars per month, reaching up to 5,000 US dollars per month for senior members along with various perks.

Some airlines will offer additional allowances on top of base pay for the number of languages spoken. Many airlines also offer overnight payments for nights spent away from home. The majority of airlines offer free flights to cabin crew on domestic flights and some offer free or heavily discounted international flights. There is usually a policy for discounted travel for immediate family and spouses.

Income figures are intended as a guide only.

Cabin crew work shifts can involve irregular and unsocial hours. It can include working early mornings, through the night, at weekends and on public holidays. Short-haul flights may provide more regular hours than long haul. You may also have to work or be flexible on your days off if your return journey is cancelled or delayed. However, this is normally compensated.

Part-time opportunities are available but this still involves unsocial hours.

Generally a degree or postgraduate qualification is not required for entry into work as a cabin crew member. Instead, most airlines require a good secondary education with proficiency in English and Maths.

Studying a degree, HND or foundation degree in one of the following subjects may be useful in showing the airline that you have an interest in this area:

Being able to speak other languages may be particularly useful and this could put you at an advantage against other candidates. The majority of airlines have a list of requirements for selection of Cabin Crew and this includes candidates demonstrating a genuine interest in pursuing a career in cabin Crew along with the following:

You will need to show:

Airlines recruit experienced Crew and members wishing to enter the industry provided they can demonstrate that they have the right qualities and knowledge about the industry.

Work experience in customer service roles and prior training received as cabin crew will be an advantage, along with any previous experience that demonstrates teamwork and communication.

Potential and opportunity to see the world

I’ve always dreamed of being a cabin crew but all the time thought I’m not good enough. This course helped make my dream come true. It helped me to get my dream job! I am very excited to start my new job I strongly recommend it, you learn a lot at this course and the teachers are wonderful.. I think this course makes a big difference. 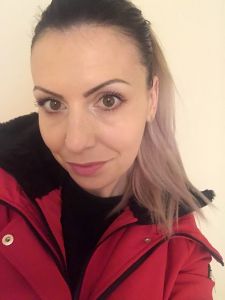 I enrolled on a cabin crew course with Heathrow Aviation Academy and I have learnt a lot in the course. I am now applying for jobs and I feel very confident. Very happy with the course. 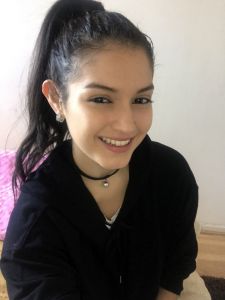 Thank you for the opportunity to do the course. The trainers were so good and helpful and I have learnt so many new skills. I am ready for my airline assessment day. Very excited…. 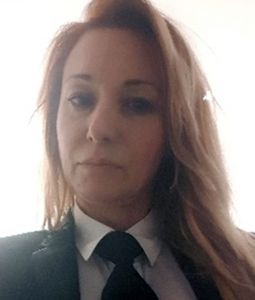 If you are looking to work as cabin crew, I would definitely recommend this course. The course is very interesting and well structured, there is really a lot to learn and the instructors are friendly and always willing to help. I really enjoyed it and the team also follow up each person and helped to apply for jobs. 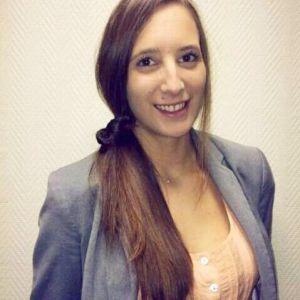 Perrine, Aviation Course Student
Open chat
We use cookies to ensure that we give you the best experience on our website. If you continue to use this site we will assume that you are happy with it. Read More Accept
Go to Top